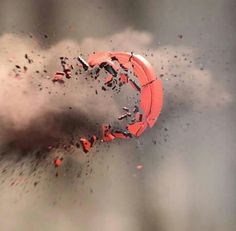 Trap League 2022
Use this SignUpGenius to sign up now for the B-CC IWLA summer trap league, which is slated to run from Saturday, June 4th until Saturday, July 30th:

How would this Trap League Work ???
1. The trap league is planned to start on Saturday, June 4th, and finish on Saturday, July 30th
2. Trap League will be taking off the weekend of the July 4th holiday
3. The league will be open to all club members and their immediate families
4. This league will use a ladder-type structure to match-up opponents and determine scoring similar to what you may have seen in other sporting competitions

This ladder will help level the playing field despite our club’s small number of shooters !!!

Weekly league competition will consist of 50 birds, 2 rounds of 25 each

Shooters are not required to shoot with your opponents in person on league days
It would be more fun, though, so the league encourages in-person match-ups. Shooters could, however, shoot on a squad with their buddies at 9:00am while their opponent might not shoot till 10:30am, and scores will be calculated just as if they competed in person, head to head

The general idea of the ladder is to have each shooter competing against another shooter who is closest to them in average and ability without having to calculate complicated handicaps. Therefore, shooters of all levels have a good chance to win: each shooter simply needs to beat their weekly opponents

As shooters get better, their averages will get better, and they will move up the ladder to shoot against better & better competition. Shooters could shoot against different opponents each week!
The league is scheduled to run for 8 weeks:

If we have enough interest to move forward with the trap league, another email will be sent out between now & June for shooters to actually sign up for the competition and to provide any additional details beyond those listed above