The Bethesda-Chevy Chase Chapter (B-CC IWLA) was chartered on October 23, 1935 by the Izaak Walton League of America. The initial membership of 15 has grown to over 1000, making it one of the largest and most active of the IWLA’s 600-plus chapters. Some of the current members of the B-CC Chapter are third-generation chapter members. Lacking funds and formal facilities in the early years, the fledgling-chapter membership met in individual homes, borrowed meeting rooms, restaurants, etc. in the Bethesda-Chevy Chase, Maryland area.

In June 1949, Chapter Member Royal Carlock was able to take advantage of a golden opportunity to purchase a 365-acre farm in Poolesville, Maryland, near the Potomac River about 20 miles northwest of Washington, DC. The farm was purchased by the chapter members from Mr. Carlock to become the home of the B-CC IWLA. The property was at that time a badly depleted farm with limited access and little value for any other purpose. In late 1997, the 127-acre West Woods I property, a tract adjoining the original 366 acre farm, was purchased. In 2006, the chapter purchased an additional contiguous 30-acres known as West Woods II. The Membership donated all the funds enabling the purchase of all the lands.The West Woods tract is significant for many reasons. It includes unique shale habitats, supporting a complex of upland Triassic red shale communities that include forest, woodlands, and small barrens that support rare native plants.  In October 2010, the Chapter purchased 50 acres of hardwood forest north of the Boy Scout campground, which we call the first half of the Northeast Woods, a parcel adjacent to the north-eastern corner of the original farm. Then in September 2012, the chapter purchassed the secod half of the Northeast Woods, an additional 50 acres of woodlands further extending the farm,’s frontage on West Willard Road, bringing the total size of the B-CC land holdings to 623 acres. While the parcels have all become embraced collectively as the Conservation Farm, chapter members often refer to the different parts of the farm by these designations.

The B-CC’s property, open to chapter members and their escorted guests, is a unique complex of habitats that includes two ponds and several seasonal streams, as well as woodlands in which more than a dozen rare and endangered plant species have been identified. The conservation farm provides food and cover for upland wildlife native to Maryland forests including black bear, white-tail deer, red fox, raccoon, rabbits, and a myriad of reptiles, amphibians, insects and birds.  The farm is contiguous (across River Road) to the 2000+ acre McKee-Beshers Wildlife Management Area, which in turn adjoins Seneca State Park, the Chesapeake and Ohio Canal National Historical Park and the Potomac River, creating a broad swathe of of undeveloped area that forms a corridor for wildlife movement.

Conservation easements, which cover the entire 623 acres of the B-CC IWLA property, interlock with easements on other adjacent properties:

– to the north: the Morin farm of 315 acres
– to the east the 500 acre property across West Willard Road from Izaak Walton Way
– to the southeast: the Willard farm of 294 acres
– to the south the McKee-Besher’s 2000+ acre wildlife management area
– to the west: a 30 acre conservation park adjacent to West Woods II that is owned by the county

The combined sum of these easements and management areas totaling over 3,700 acres provides contiguous habitat for wildlife. It is an ecological gem for the residents of Montgomery County and one of the crown jewels of the Montgomery County Agricultural Reserve. 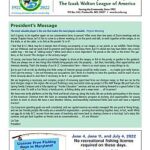 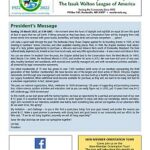 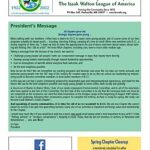 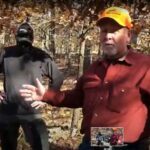 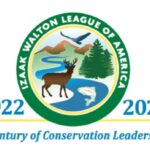 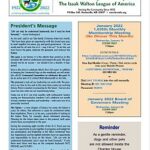