During 2019, the Ponds & Streams Committee (P&S) had another busy year with multiple projects and activities on and near chapter property. The following summarizes those activities and projects.

During 2019, the Ponds & Streams Committee (P&S) had another busy year with multiple projects and activities on and near chapter property. The following summarizes those activities and projects.

Spring Cleanup: April 6, 2019. We planted 50 buttonbushes around the small pond to control runoff into the pond. These bushes will also provide habitat and food for waterfowl and other wildlife as well as perching sites for birds and dragonflies. The partially submerged turtle platform in the small pond was removed and later replaced by two boy scouts. An attempt was made to skim a recurring problem of floating algae on the small pond, but it was unsuccessful because the skimmer needed more weights. At the big pond we: (1) removed a large tree that had fallen onto the shoreline; (2) cut brush from around the boat and along the shoreline; and, (3) set four minnow traps below the dam to determine if any fish had escaped from the big pond (none were captured). A site was selected for construction of the big pond shelter.

Fly Fishing Class: A Georgetown University fly-fishing class was held on April 13, 2019. A P & S member escorted a group of students and an instructor down to the big pond for this class.

Save our Streams: In April, under the leadership of Dominic D’Ambrosi, we monitored a stream on chapter prop- erty using the Save our Streams (SOS) protocol for water qual- ity and macroinvertebrates. Water quality was found to be generally good chemically; however, a low number of aquat- ic macroinvertebrates collected in two seine hauls indicated a fair water quality rating. In August, a SOS monitoring event occurred on Hookers Branch, a tributary to Seneca Creek. Water quality on Hookers Branch was found to be very good chemically while the water quality rating for aquatic macroin- vertebrates was poor. A fall monitoring event occurred in November on Horsepen Branch in McKee Beshers Wildlife Management Area. Water quality was found to be good; no macroinvertebrate sampling was completed due to low stream flow. A date has not been set for a winter monitoring event. All data collected under the SOS program was forward- ed to IWLA headquarters.

Big Pond Shelter: Construction of a 12’ X 16’ pavilion-type shelter under the leadership of Frank Parker started in May. Frank developed detailed architectural and construction plans and purchased the necessary lumber and hardware for the shelter. On May 17th, six holes for the shelter support beams were dug by the farm chair, Phil Taylor, using an auger attach- ment to one of the chapter’s tractors. P&S members construct- ed the shelter over the summer months with some interrup- tions due to extremely hot daytime temperatures. The shelter was completed near the end of August. Past chapter presi- dent, Jack Mandel, provided valuable carpentry expertise and power tools. Jack and his business work crew roofed the shel- ter and donated and placed gravel inside the shelter to com- plete construction. On fall cleanup day, Phil Taylor used a trac- tor equipped with a shovel to move dirt to the shelter for landscaping around the perimeter. Thanks Jack and Phil. Final landscaping was completed during the October P&S meeting.

Spring Family Campout: May 18 & 19, 2019. P&S members assisted with the kids’ fishing down at the big pond. This was a very successful event with twelve kids catching about 50 fish, mostly bluegills and one 15-inch largemouth bass. All kids caught fish; with some catching more than ten fish. The chapter provided the fishing equipment and worms.

Big Pond Scuba Dive: June 22, 2019. John Stinson, a P&S member, did a scuba dive in the big pond to locate the fish habitat structures, reattach a float to one of the aerators, retrieve a sunken turtle platform, and inspect the upstream face of the dam. Due to poor underwater visibility, he was only able to do a cursory inspection of the upstream face of the dam; no potential problems regarding dam integrity were observed. Depending on water clarity, another dive may take place in 2020.

Fall Cleanup: September 28, 2019. Projects included cutting the tall grass along the big pond shoreline, cleaning the life ring, cutting tall grass and brush around the kiosk and boat, and setting four minnow traps to determine if successful sun- fish spawning had occurred. About 70 bluegill fingerlings were caught documenting that successful spawning had occurred during the previous months. Bluegills may spawn more than once during the summer season.

Small Pond Projects: October 19, 2019. These projects included cutting tall grass/other vegetation around the pond with a heavy duty mower and a gasoline powered hedge trimmer, cleaning the life ring, touch up painting of the kiosk, and setting four minnow traps to determine if any successful sunfish spawning had occurred during the previous months. There was successful spawning as about 50 bluegill fingerlings were caught.

Fall Family Campout: October 26 & 27, 2019. P&S members assisted with the kids’ fishing event down at the big pond. This was a highly popular event with over twenty kids partic- ipating. All kids caught fish, mostly bluegills, ranging from 4- 6” in size. Two and half tubs of worms were used down to the last half-inch of worm.

Big Pond Creel Census: The big pond voluntary creel cen- sus was conducted during 2019 from the middle of March to the middle of November. This was the fifth voluntary creel census conducted down at the big pond. A preliminary review of the reported catch data indicates that the number of large- mouth bass caught was twice the catch in 2018 and was also higher than the 2015-2017 average. Bluegill reported catch was lower than in 2018 and lower than the 2015-2017 aver- age. A detailed report on the 2019 voluntary creel census will be prepared for a future newsletter.

Winter Salt Watch Project: In October and early November, baseline readings for chloride were taken from streams and both ponds on chapter property and on some streams nearby. After a snowfall or ice event when roads are treated with salt (sodium chloride), there will be follow-up testing for chloride. All results from this salt watch project will be reported to IWLA headquarters via the Water Reporter app. 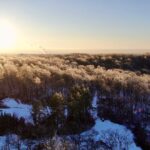 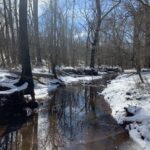 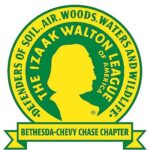 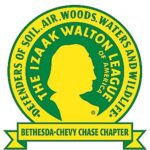